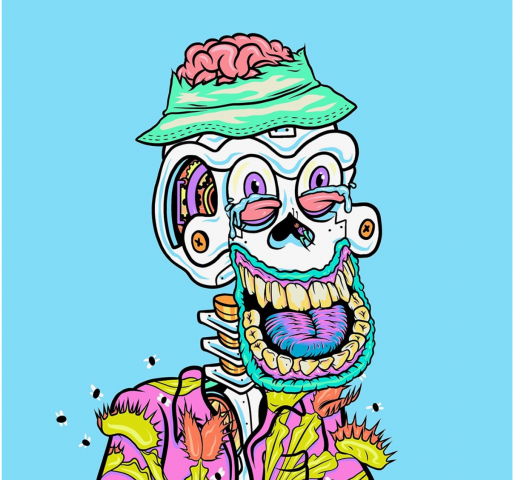 – NFT & Whitelist Giveaways as well as

– Donations to Charity as well as

– Merch as well as

When you buy a Toxic Skull, you’re not simply buying a rare piece of art. You are buying into a club whose benefits will increase over time. Additionally, your Toxic Skull can become your digital identity, opening digital opportunities for you.

In a faraway land, skeletons were roaming the forest in search of the river of life! Longing to be mortals again they continued their search until one day they found a river. This river flowed in bright pastel colors that set these skeletons in a trance. Moreover, without hesitation, they all jumped in! As each one emerged from the river they were shocked to see they’d all been mutated to Toxic Skulls. This river was not the river of life but a toxic one! The Toxic Skulls formed a Club to set out and conquer the world in their new toxified self!

The Toxic Skulls are stored as ERC-721 tokens on the Ethereum blockchain and hosted on IPFS. Finally, each holder is given ownership and commercial usage rights of their NFT.