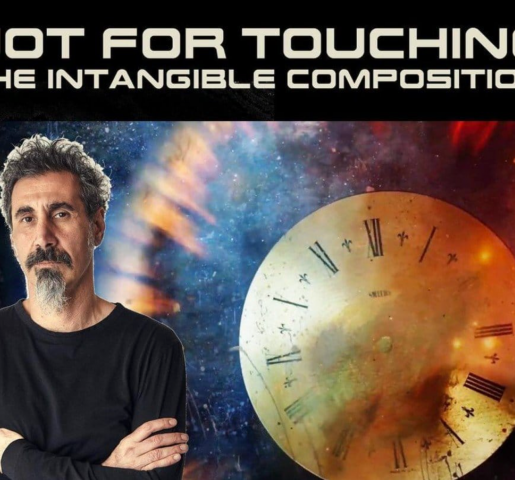 NOT FOR TOUCHING – THE INTANGIBLE COMPOSITION

Serj Tankian is a prolific singer, poet, songwriter, visual artist, film producer, and activist. An Armenian born in Lebanon and re-rooted in Los Angeles, Tankian was introduced to the melding of cultures, ideas, and ideals from a very young age. Serj has always created music as an outlet to express his thoughts and feelings with a level of passion and consciousness. As the lead singer and songwriter for System of a Down, Serj released five studio albums, winning a Grammy Award in 2006 for “B.Y.O.B.” and selling over 40 million albums worldwide. Serj strives to open up new channels of sound and arrangement to articulate his artistic expressions. In recent years, Tankian has split his time between music and painting— creating over 60 pieces of art since 2013. His journey into the world of fine art began with his Disarming Time Musical Paintings, which were exhibited at Project Gallery in Los Angeles. Since then, Serj has had multiple exhibitions at galleries in both the United States and New Zealand.

A percentage of proceeds will be donated to Serj’s charity of choice.