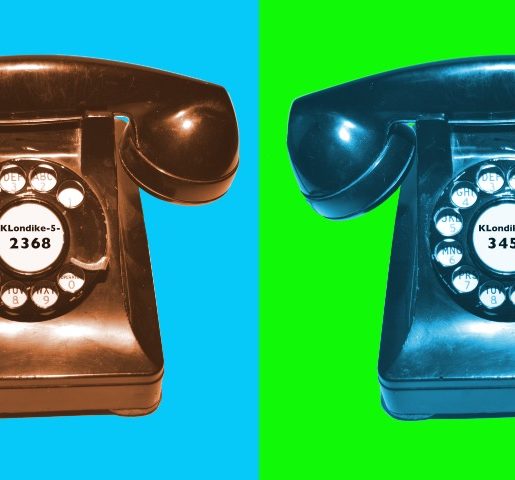 Klondike-5, the most famous telephone exchange in the world, is at your fingertips. Each Telephone is generated with a unique Klondike-5 (555) number. Each Ring-Tune plays music while your exclusive telephone number is being dialled.

Possible Klondike-5 numbers include, but are not limited to:

Whose number will you get? The possibilities are almost endless. Mint now, mint often.

LOnsome-7-7203: A phone exchange and number made famous in 1963 by the hit single of same name by Hawkshaw Hawkins, written by Justin Tubb.

PEnnsylvania-6-5000: A phone exchange and number best known from the 1940 hit song “Pennsylvania-6-5000”, a swing jazz and pop standard recorded by the Glenn Miller Orchestra.

TRansylvania-6-5000: A phone exchange and number best known for a 1963 cartoon starring Bugs Bunny. And later for a 1985 American/Yugoslav horror comedy film about two tabloid reporters who travel to modern-day Transylvania.