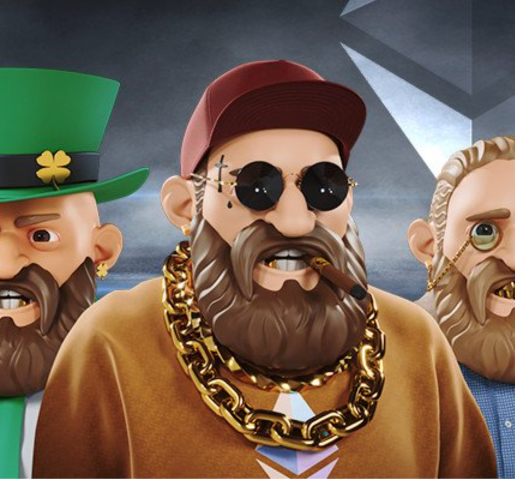 For centuries our tribe, composed of 3 clans, has been living in the Sif mountain. One day, while we were casually mining gold, our brother Eitri made a wrong move with his pickaxe. Suddenly, a warp hole appeared and we landed in the Blockchain… Digitized in NFTs. But our tribe got separated, and our clans were split into 3 different locations.
We then realized that an ancient prophecy that foretold the demise of the Old World and promised untold treasures even greater than gold… had just come true. The new wealth is no longer extracted from stone, but from the Blockchain.
You’ll love what’s coming: 3 clans, 3 chapters and 3 treasures !

The Rich Dwarves Tribe is a collection of unique and rare digital artworks, stored as ERC-721 Tokens on the Ethereum Blockchain, and hosted on IFPS. This first chapter, MO$$O’s clan, composed of 4999 dwarves distributed into four divisions. The dwarves have all been digitized in high quality 3D NFTs.
However, they were not born yesterday. They are particularly suspicious of anyone who’s after their wealth. That’s why the content of their treasure won’t be revealed here.